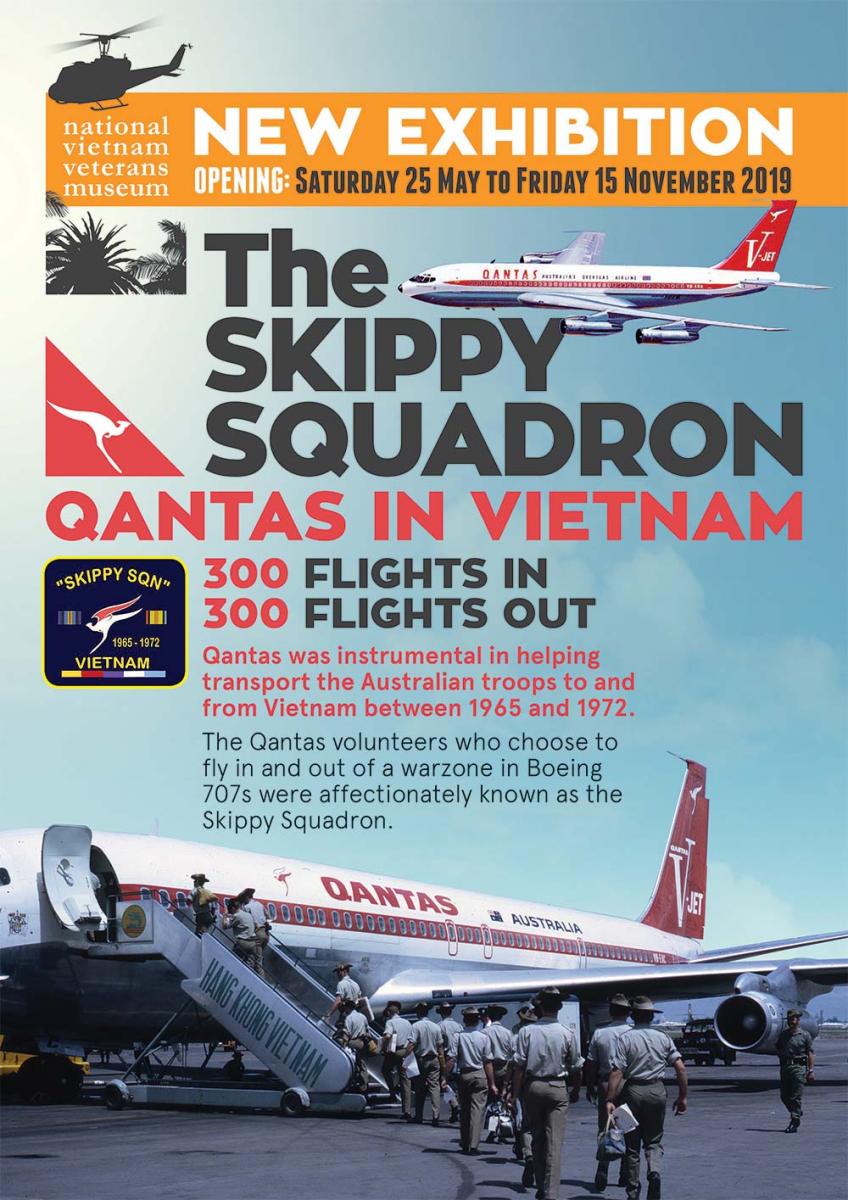 Qantas was instrumental in helping transport the Australian troops to and from Vietnam between 1965 and 1972. The Qantas volunteers who choose to fly in and out of a warzone in Boeing 707s were affectionately known as the Skippy Squadron.

These were highly emotional journeys for both the crew and the troops. Imagine being the captain of the aircraft and flying your son out to serve in Vietnam.

This Exhibition is to commemorate their actions and tell their stories with a collection of images taken by the servicemen and Qantas crew with memorabilia collected by those involved in these flights.

www.vietnamvetsmuseum or 03 5956 6400 for more information about the Museum.