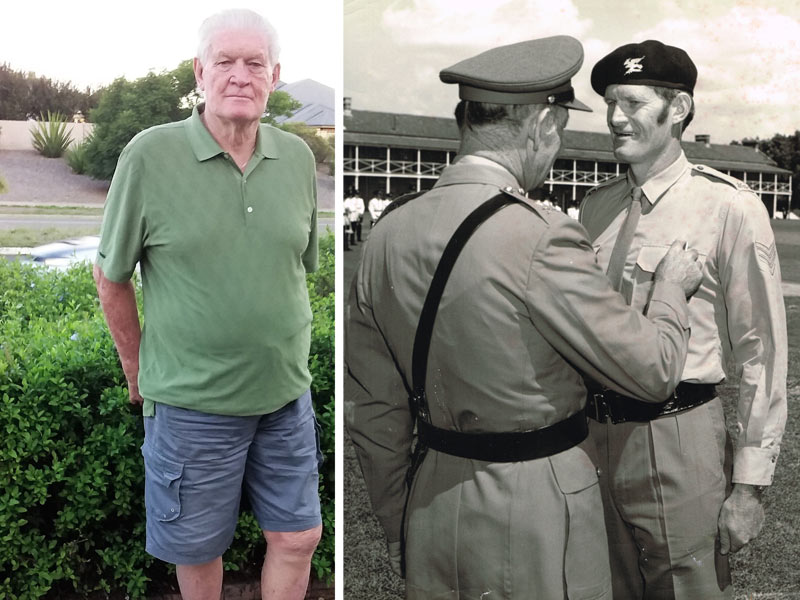 Sergeant John Fogarty enlisted in the Australian Regular Army on 12th September 1955 and was allotted to the Royal Australian Armoured Corps. He was posted to 3rd Cavalry Regiment in May 1967 and arrived in South Vietnam to join A Squadron in December 1967.

On all occasions when he has been in contact with the enemy he has displayed above average ability to overcome hazardous situations.

On 1st March 1968 when his troop was employed to assist in clearing an enemy force from Baria, Sergeant Fogarty's armoured personnel carrier was hit by an enemy rocket and caught fire. The ammunition in the carrier commenced to explode but Sergeant Fogarty remained inside the vehicle until he was sure that all troops aboard it had escaped.

In the period May to June 1968 Sergeant Fogarty was at Fire Support Base Coral when it sustained numerous heavy mortar and rocket attacks. During these attacks Sergeant Fogarty displayed exceptional coolness under fire when lie repeatedly exposed himself to cheek the safety of his own Troop and to determine the direction of the enemy attacks. In July 1968, on operations, a vehicle in his section was mined causing one fatal and several other casualties. Although the area was being swept by enemy fire Sergeant Fogarty successfully extracted the casualties and his section from the area.

On these and all other actions, the high degree of personal bravery, leadership initiative and coolness under fire shown by Sergeant Fogarty reflected great credit upon himself and provided an excellent example to all.