My Time In Vietnam

In 1967 I was a small, lean 17 year old 'Ordinary Seaman' on board HMAS YARRA anchored in Vung Tau Harbour,after escorting 1-IMAS SYDNEY to Vietnam with Australian troops and equipment on board.
​
A Warship anchored in an 'enemy harbour' conducts an operation called 'Operation Awkward' which is a set of procedures to protect the ship while it is unable to 'make way' and manoeuvre and unable to bring its 'guns to bear' to protect itself.
My duties as part of that procedure were to patrol the 'upper deck' armed with an 'SLR' rifle and to lookout for signs of enemy divers or boats or anything unusual that could indicate an attack on my ship.
I was not alone of course. Other sailors were patrolling along other parts of the 'upper deck' with their own sector of the ship side and harbour to observe and yet more were in the 'Operations Room' observing radars and listening on sonar equipment. The whole 'Ships Company' was involved in one way or another in protecting our ship/
Out on the water one of our 'Whalers' (rescue boat/lifeboat) was patrolling in random patterns around and around the ship towing steel cables with large shark hooks dangling from them to deter would be enemy swimmers or divers.
Occasional 'scare charges' (hand grenades) were dropped on the water from the ship and from the whalers as another means to deter any approach to the ship from the water.
As a seventeen year old on my first overseas deployment (this was seven and a half months in duration) this was pretty exciting and scary all at once and is something I will never forget.
We left harbour after two days during which SYDNEY had unloaded stores, ammunition, personnel and equipment and loaded troops (1RAR) and material for the return trip to Australia. My first taste of war time duties, was now over.
​
At the time though I did not have any appreciation of what it was like for those soldiers 'ashore' in the jungle of Vietnam and of those who had experienced the adventure, comradeship, danger and horror of the two world wars and other conflicts. I came to realise this and understand it more in later years and once it made me realise hoe special it was to be part of the 'Defence Family'. 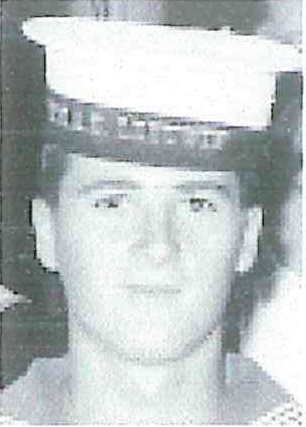 Joined as 15'/2 year old. 5'22-tall and weighed 8st 61b, a featherweight. His first flight of four hours arrived in Perth sometime in the middle of the night. First words spoken to him upon entering LEEUWIN by the Gunnery Officer (Wally Owens) were “Stand up straight, you little snotty nosed grub”. Not being aware of what he was into joining the Navy.

After 12 months at LEEUWIN -Doug was posted to YARRA (III), which was in refit in Williamstown Victoria, also known as Dogt own. He was keen to see the Orient. He lived onboard GASCOYNE, using it as an accommodation ship, sleeping in hammocks, stowing away each morning and rigging each night. After a long time on YARRA (III),on which he along with other JR's from Leeuwin, carried out duties with the FESR (Far East Strategic Reserve) and also escort duties for HMAS Sydney (the Vung Tau Ferry) into and out of Vietnam (1967-68). Doug finally did a Stokers' course at CERBERUS, where the rest of the intake were already ABs having completed branch training. A brief time was spent at HARMAN after completing his branch training. Served in PARRAMATTA (III), and was then posted to LONSDALE as
commissioning crew for SWAN (III). Then to DERWENT and accepted a discharge in 1974. Having several beers in a hotel in Williamstown, Victoria, —Doug remembers his mates and the good times, keen to do it all over again if given the chance.

SHIPS and SHORE ESTABLISHMENTS SERVED IN:

LIFE AFTER THE NAVY

-Doug worked at Footscray Maternity Hospital as a fireman and maintenance engineer for 11 months, and then joined the PMG in 1975. After three name changes he worked with Telstra as an Area Service Manager on the Mornington Peninsula of Melbourne, which includes CERBERUS, and for the final 7 years with Telstra worked as the Compliance and Contracts Manager for Vic/Tas. After 33 years with the company was made redundant.
Doug and his wife Lyn have now moved to Cape Woolamai on Phillip Island Victoria and does volenteer work at the National Vietnam Veterans Museum on the Island, two days a week as a tour guide.

Married Lynette in 1973 with two children, Emma and Paul.