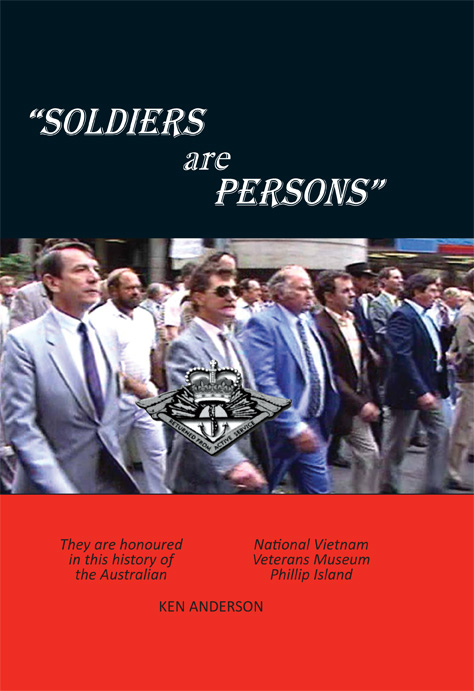 This is not another history book or even a tale of the conduct of the Vietnam War, of which so much has been written over the past forty years. It is however relative to the 50,000 Australian military personnel who served in that ten year war – our longest commitment (to date) of the numerous armed conflicts in which our nation has participated since the beginning of the twentieth Century. It is the story of a unique museum: not a museum that is a record of war but one that pays homage to the Australian servicemen and women (as individual persons) who fought in that conflict and the traumatic events that they were to endure. Click here to read more . Or Click Here to order your copy .

The museum evolved, rather than was planned. Without wishing to focus on individuals, it must be said that John Methven and his wife Krishna drove a Land Rover and Trailer full of personal memorabilia around Australia in what was regarded as an embryonic mobile museum. The fuel for this effort was paid for by Department of Veterans Affairs in an effort to reach many veterans who had ‘gone bush' and to make them aware that there was a body formed (Vietnam Veterans Association of Australia) to lobby for recognition and improved welfare and conditions.

Photos and stories were added to the collection both during and following this tour. The need for space arose and when the Methvens returned to San Remo, next to Phillip Island in Victoria. A garage was arranged and this became the first Museum open to the public.

The garage became crowded as more was donated and again, space became an issue. They took the plunge and arranged for a site which had previously been 5 shops. From that point, the museum started to flourish and take on greater significance. That happened in 1999, and the Museum has been open to the public 7 days per week since then. It was run and manned by volunteers and came under the auspices of the Patriotic Trust Fund (set up after the Second World War by the Victorian Government) and as a consequence, the books of account are audited annually. This enables all donations to the Museum to be tax deductible.

The Situation Changed. Where to next?

By late 2003, we were again running short of space and at the same time, the building was sold and the new owners wanted possession. With the need to relocate, various options were considered as to location. The Melbourne metropolitan area was regarded as too expensive. Geelong district was also considered but, there was no clear advantage. The current region gets about 3.2 million tourists per year and is a destination in its own right. Phillip Island is essentially a nature park, but it also hosts the International Super Bikes, the Moto Grand Prix and the V8 Super Cars. It was felt that Phillip Island was affordable with enough activities to encourage most of our crowd to visit their Museum and to stay awhile.

This time things had to be different. We needed to own the place so, that we had permanency. With the concurrence of the Vietnam Veterans Association of Australia, we managed to purchase 1 ¼ acres next to the Phillip Island airstrip. Terms and conditions were very favorable (no interest) and we will own it outright in 10 years. 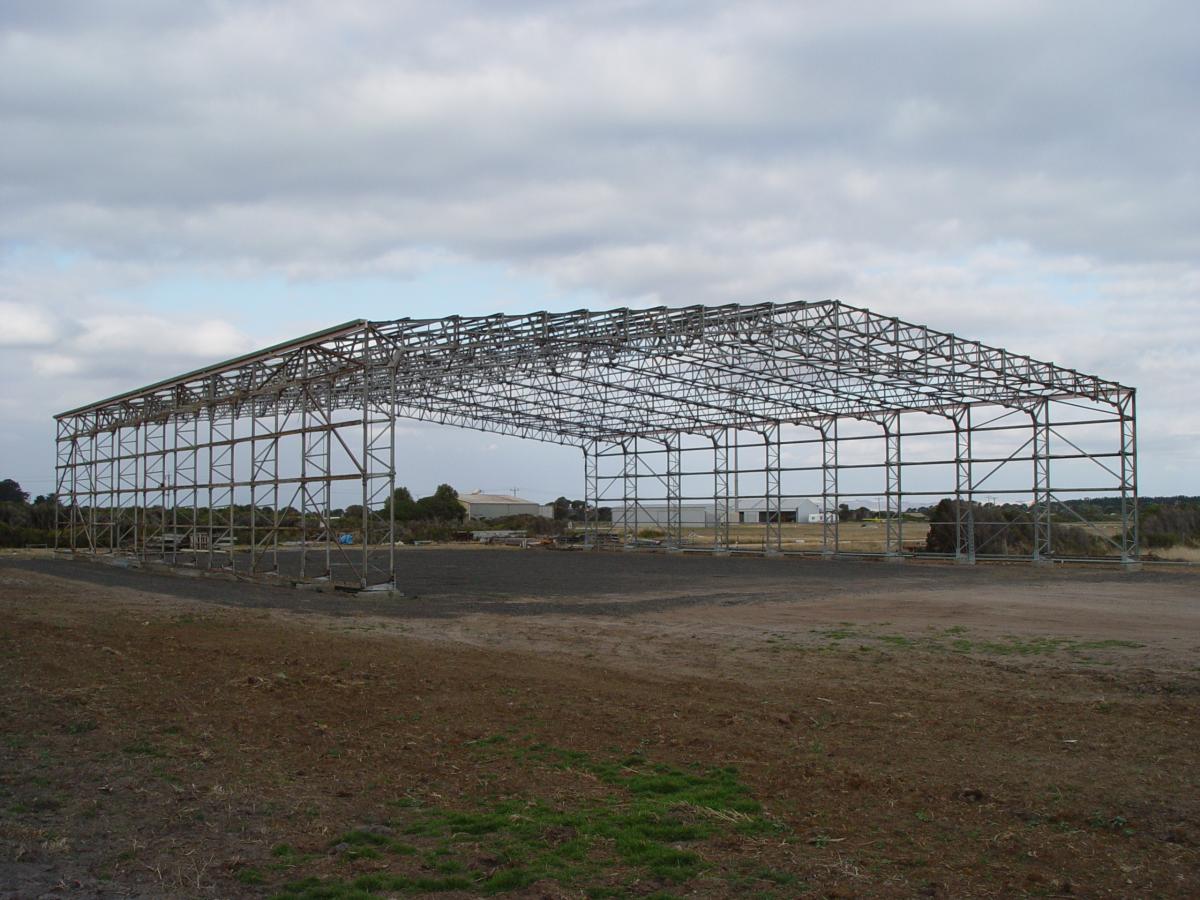 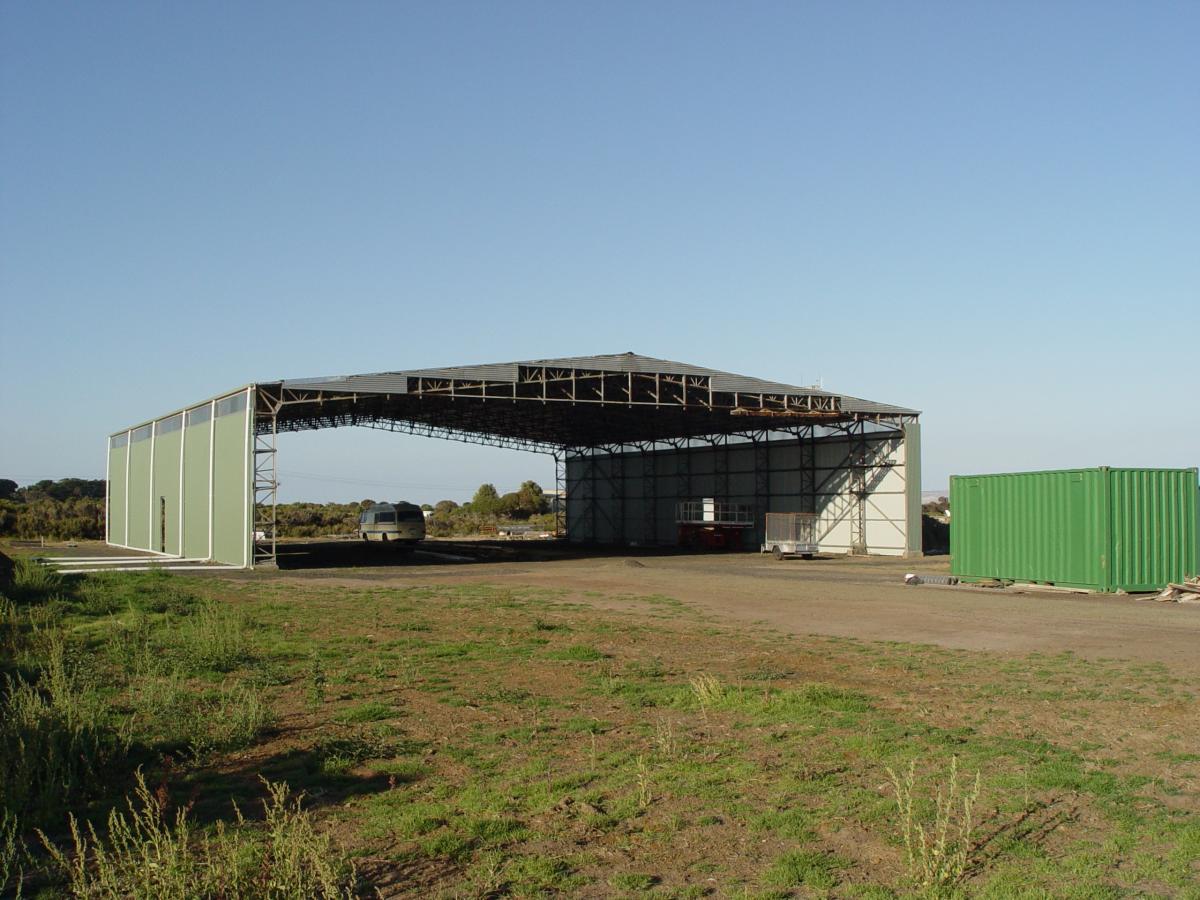 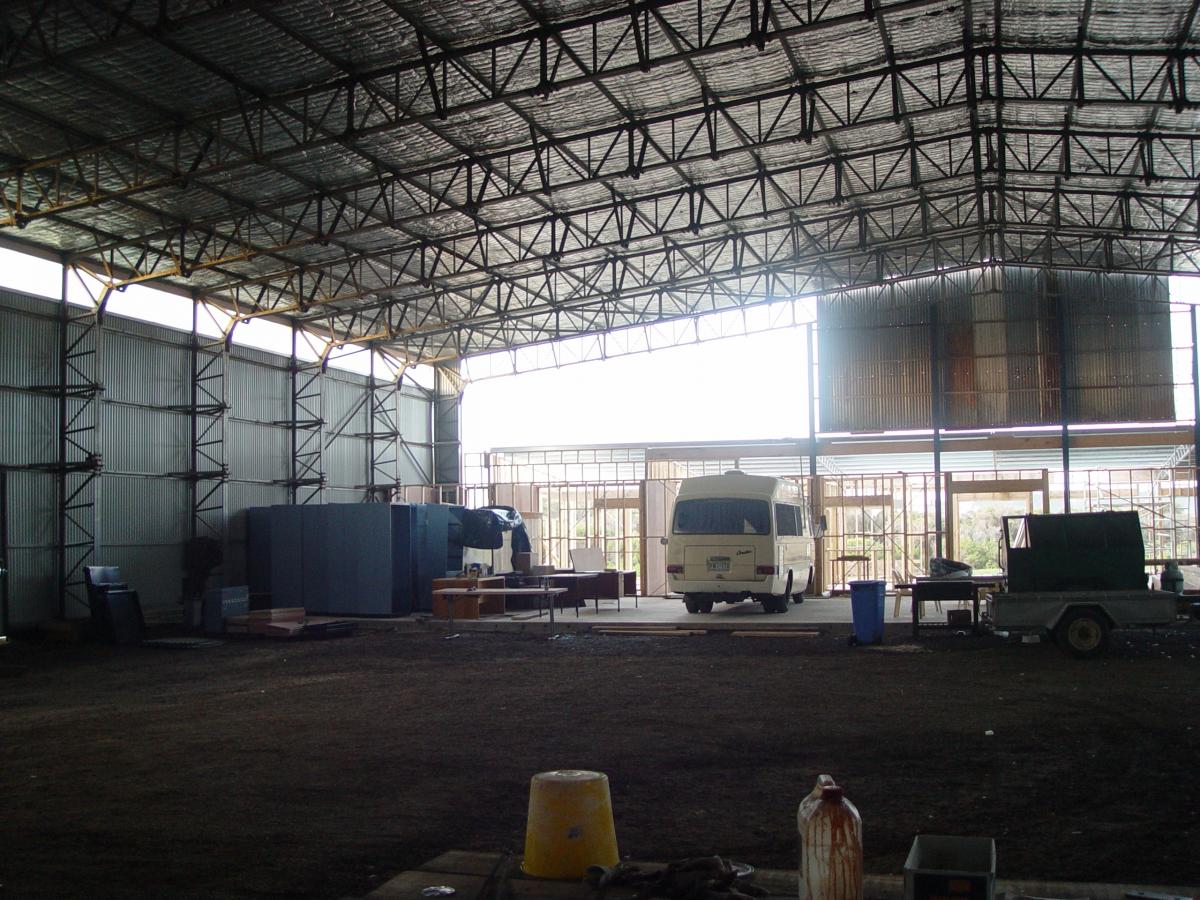 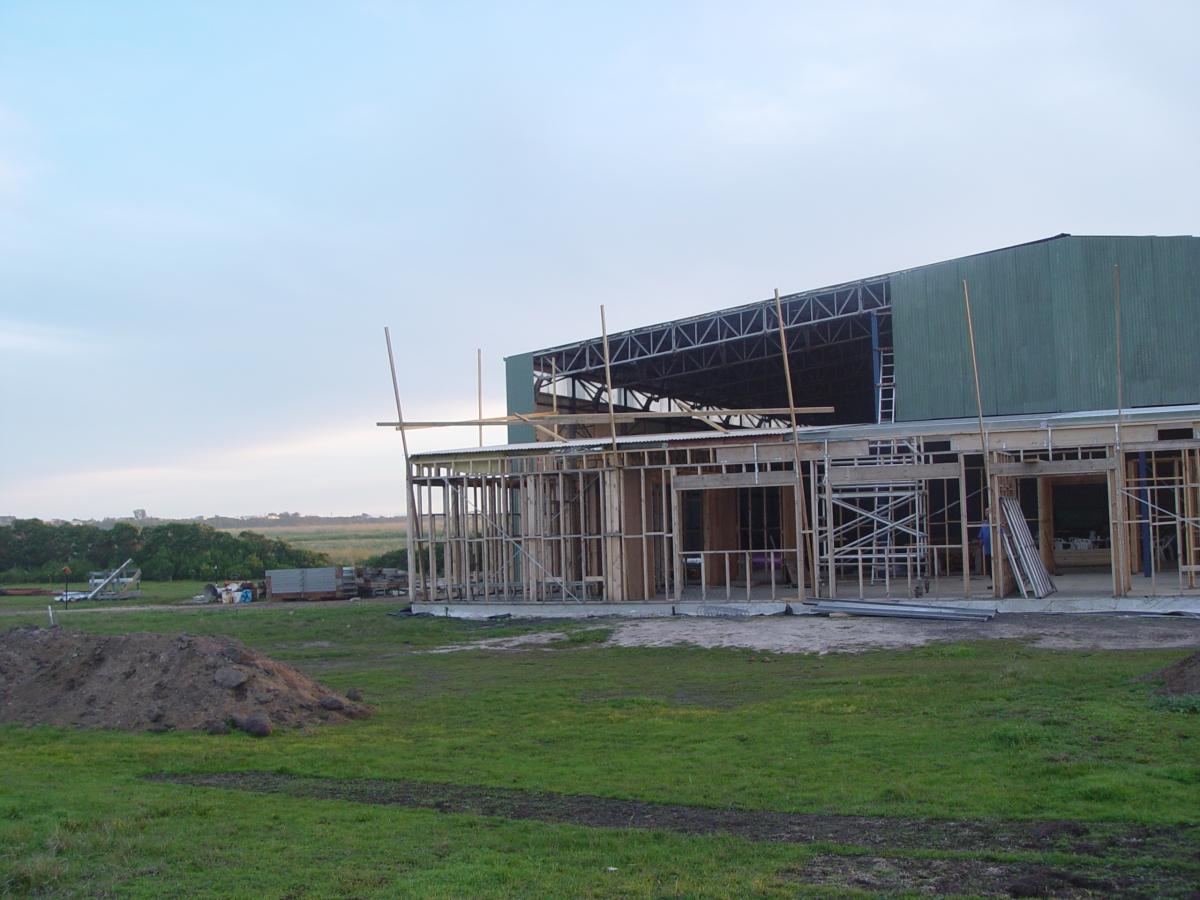 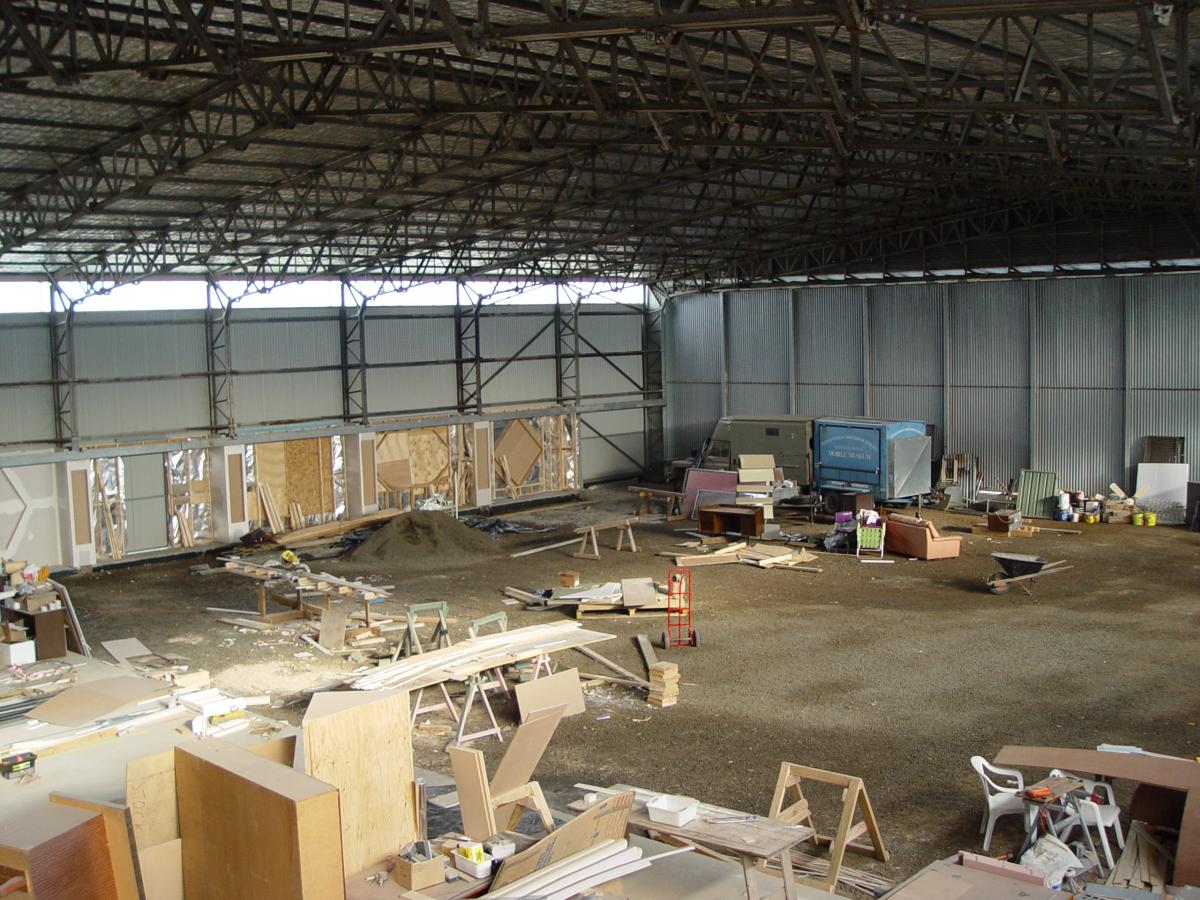 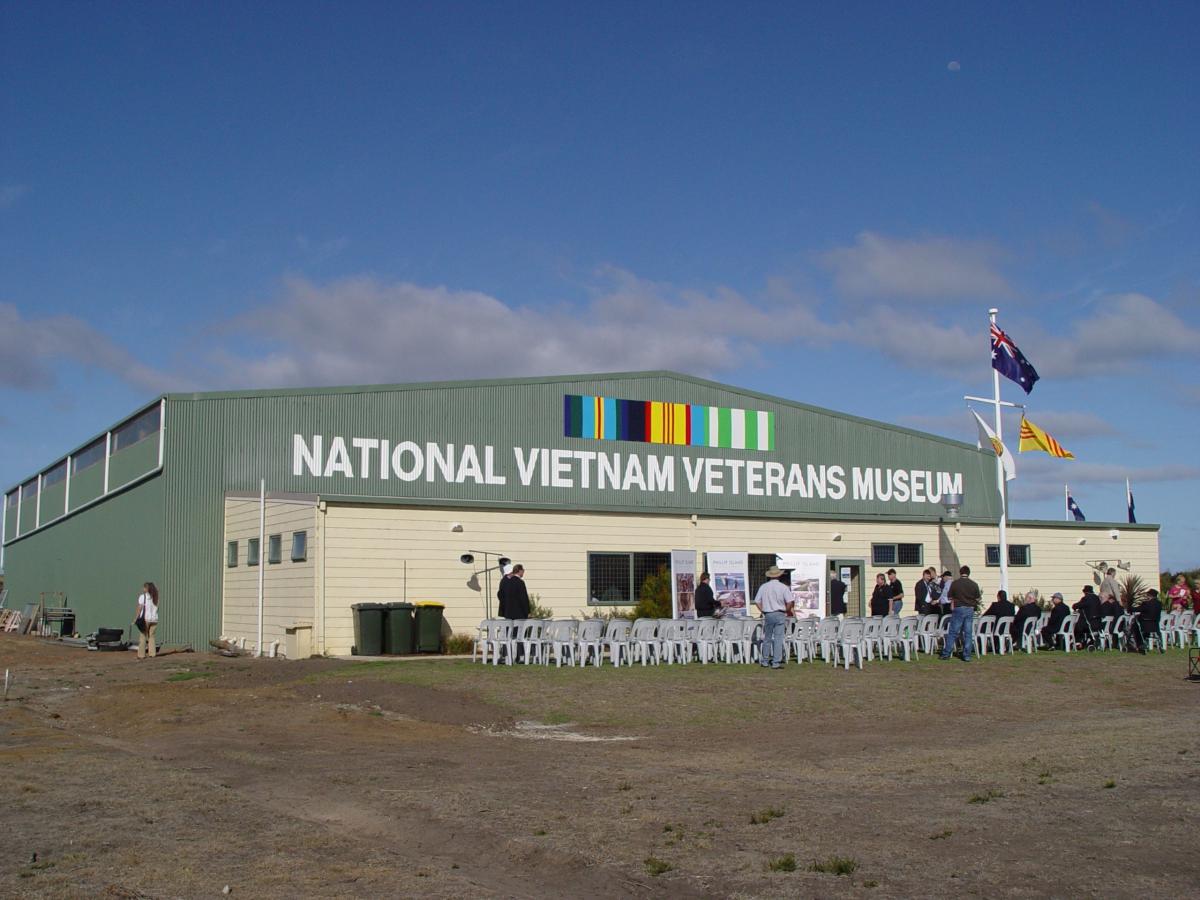 A Bellman hangar was purchased and transported (read dumped) on site. From there, we went through all the normal problems with bureaucracy for land re-zoning, building permits, technical drawings etc.

The sea-change environment brought a number of ‘new' veterans to the Museum Sub-Branch and two committees were established. One was for the normal welfare and pension obligations – and one specifically to focus on the museum for business planning, fundraising, grants etc.

It was one thing to have the grand ideas but, it was another to get plans and finance. Finance was a problem. As we have never made a commitment that we didn't have the cash for, the need and use of volunteer labour became a priority and many veterans and local businesses answered the call. We received a couple of early grants for which we were very grateful. The first major one being $30,000 from DVA. This was appreciated, but clearly that doesn't go far with building materials.

The Vietnamese Community put on a fundraising dinner for us which raised $20,000 - but by far, most funds have come from our own veteran community through donations from sub-branches, RSLs, and all of the individuals who purchased either a family or individual brick in our ‘Buy-A-Brick' campaign, which is still continuing. The Victorian Vietnam Veterans Motorcycle Club and RAASC Association also raised nearly $20,000. By this time, there was an urgency to relocate as we were paying rent as well as paying off the land at the new site.

The Need for Funds

We had big plans but had to stage the development of the new Museum to fit our cash flow. Apart from the commitment to purchase the land, we have never purchased anything beyond our current cash reserves. Consequently, we had planned to open on a relatively small scale, early to mid-2006.

The plans received a welcome and unexpected boost when the conditions of a grant that we had submitted were altered to a significant level from $30,000 to $250,000. This grant was the result of a joint application with the Bass Coast Shire to the Regional Development Victoria's Small Towns Development Fund. At the same time, a Federal grant was approved for $58,500 (plus GST) from The Regional Partnerships Program. We suddenly needed a lot more detailed engineering planning for components, as well as gaining the necessary building permits to cover the expanded project.

We Move and Hold Our Breath

While this was being done, we closed the San Remo Museum site on the 15th November 2006, re-located to the new permanent Phillip Island site and re-opened on the 15th December 2006. We were far from ready but, those that paid a visit were all excited by the progress and some made repeat visits to watch our development. The grand opening was set in place and this caused a massive lift in activity, with many volunteers turning up to lend a hand.

On the 9th March 2007, the National Vietnam Veterans Museum, Phillip Island was opened by the Premier of Victoria, Mr Steve Bracks MP in front of around 2000 excited veterans, families and dignitaries. It was an overwhelming success with media coverage far greater than was anticipated. The National Vietnam Veterans Museum vision had been achieved.